“Punished” in Pantyhose by Mom, Part 1 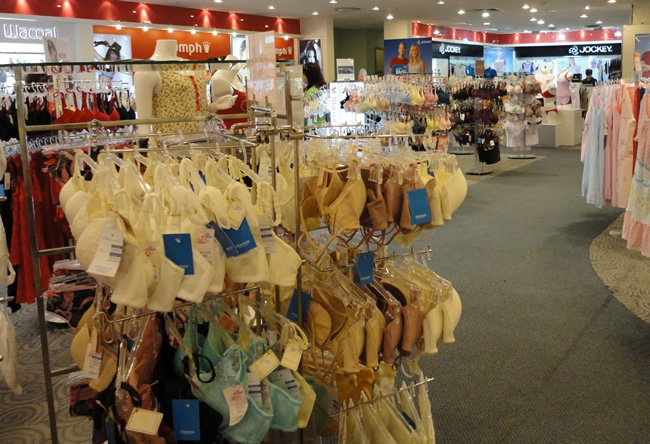 It was the day after Christmas when Rob, who just got his drivers license and a junker of a car as a gift, decided to drive downtown to the shopping mall for a little specialty shopping with the money he received, also as a gift. You could say he was shopping for clothes like all the other teenagers with Christmas money to burn, except Rob had something a little different in mind.

You see, for several years Rob has had a fascination with pantyhose. At first it was just a simple curiosity trying on a pair found wadded up on the floor of his mother’s room. The silky feeling and shiny appearance on his legs, however, was enough to make it a habit of his “modeling” pantyhose on a regular basis. As an only child of a single working mom, he had plenty of opportunity to develop his fetish.

Since he received quite a chunk of change for Christmas, he thought he might as well go all out and spend it on the good stuff. You know, higher priced pantyhose instead of the five-dollar pairs he typically purchased at a drug store, and decent lingerie that would fit him like it should for a proper woman-to-be.

Rob excitedly drove to the mall, parked and walked into the Neiman Marcus nervous as hell. Since it was the day after Christmas, however, the store was jammed packed with shoppers going mad everywhere. Rob figured the hoard of people would be the best cover for him browsing the lingerie section without attracting attention. This eased his nerves somewhat.

He first stumbled upon the array of Wolford pantyhose in front of him. He had seen countless images online of women wearing those Wolford Neon 40 with that gorgeous shine that he had to get them. In fact, he picked out two pairs, one in a suntan colored Gobi and the other in black. Holding the pairs in his hands was even enough to give him an instant erection.

Next, Rob  found himself in the middle of the lingerie section looking stealthily at the bras and panties surrounding him. There were almost too many to choose from but he glanced upon the Wonderbra push up bras which he thought would be perfect for his “flat chest.” Indeed it was as he picked out a black bra in his size and a pair of black thong panties and boy short panties in a size just larger than his mother’s.

Nervous again, Rob made his way to the line at the cashier. The ten minute wait to check out nearly killed him yet the thought of himself basking in his new silky Wolford pantyhose and sexy lingerie was enough to allow him to keep his nerve during his purchase. Before he knew it, he paid and was out the door with his bag of goodies and driving home.

Since his mother was still at work, when Rob arrived home he immediately emptied his bag, stripped off his clothes and went to work trying on his new lingerie, all for his own self. First, he slid the pair of suntan Wolford pantyhose over his legs. Then came the black thong panties and, finally, he strapped the black Wonderbra around his chest and shoulders. He then made a quick dash to the huge mirror in his mother’s room.

What a sight it was in front of him. His long slender legs covered in a brightly tanned glow. The thong panties draped over his pantyhose but not quite hiding the bulge emerging from his crotch. Then there was that beautiful bra fitting so perfectly and giving him a bit of a womanly bust.

Rob felt so sexy and feminine staring in the mirror that he began to tremble from the sensuality of it all. A moment so intense that he would remember it for the rest of his days as a crossdresser. In the meantime, though, he felt he needed to complete the “look” as he noticed his mother’s makeup sitting there just below the mirror.

So he grabbed the red lipstick, made a pucker with his lips and put it on like he’d seen his mother do a thousand times before. Rob set the lipstick down and watched himself joyously pucker and kiss in front of the mirror. Little did he know that someone else was watching the show from behind.

“Rob, what are you doing?” exclaimed Wanda, Rob’s mother.

In complete surprise that his mother came home early, and somehow not hearing her come in the door, Rob grabbed a t-shirt lying on the floor in a vain attempt to cover himself (or at least his erection) before facing his mom. The overwhelming feeling of being a woman suddenly turned into complete horror as he turned around to see his mother slack-jawed at the sight of her own son in lingerie and pantyhose.

Then there was the shock Wanda had of her own which turned to a sudden anger thinking that Rob was stealing and wearing her underwear. After realizing, however, that none of what Rob was wearing was her own, her anger quickly switched to confusion. Why was her son wearing lingerie that was much nicer and more expensive than her own?

“Where did you get that lingerie?” she asked.

“I bought it,” Rob said rather shyly.

Yet in Wanda’s rather backward thought process, and completely oblivious to the concept of crossdressing, she realized that Rob must be gay and is trying to compete with his own mother for men. Thinking she would have to set him “straight” again, she quickly devised a plan in her head to do so.

“So you steal my makeup and want to look like a real woman then?” Wanda asked with another question.

“Then either I take your car away or this is what we’re going to do…” Wanda replied.

Wanda then set out with the first part of her plan which was giving Rob the option of having his car taken away or going out on a “ladies” night with his mother. Oh, little did Rob know that the plan she had in store for the night with her feminized son was suppose to “cure” him.

4 comments on ““Punished” in Pantyhose by Mom, Part 1”