Home › CD News › Finally, a Real Crossdresser Dating Site We Can Get Use To

Finally, a Real Crossdresser Dating Site We Can Get Use To 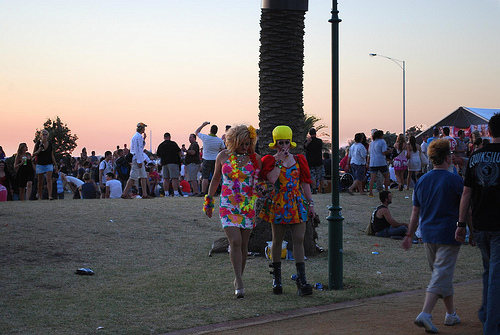 I’ve been around quite a few dating websites for the transgendered community and have been disappointed by nearly all of them. Usually, they are plagued by one or more of the following:

Then recently, I happened to have randomly come across a website I had never heard of, tvChix.com.

I’ve only been on it for the past week but I can honestly say, finally, a website that meets the high girly standards of us crossdressers!

While I’m not quite sure how long it has been around, judging by the number users, it appears to be for several years at the very least. The website is based in England, as is the majority of users, yet there are many users from all over the world, over 110,000 members worldwide, which means you stand a good chance at meeting someone new close by.

But here is the real kicker. It’s FREE.

Yes, it’s true. According to their mission statement:

tvChix aims to become the most useful FREE contacts site for T-Girls, Crossdressers, Transvestites, Transgendered people, and their admirers, partners and friends.

Its as simple as that!

So I gave it a try and found it was everything I needed in a dating website. Like I said, I haven’t been on it too long but here are some of the things I love so far:

While it does surprise me that it is free to become a member of this website, it doesn’t surprise me that, out there,  there is one of us likely tired of the same dating websites I and maybe you are and decided to go the “open source” route. This is something I highly applaud to Stella, the website owner.

Yet, tvChix.com still needs the funding to support itself which is done primarly through donations by it’s members. So why not sign up, drop a few dollars to help the cause and help keep the community alive? Not to mention, donations will unlock the ability to view larger photos in member profiles.

Actually I just found that, by making a donation, you unlock the ability to see who has viewed your profile so it’s not necessarily anonymous browsing. Though, keep in mind, the majority of users do not have this feature in use.

25 comments on “Finally, a Real Crossdresser Dating Site We Can Get Use To”