Home › Psychology › How Feminine Are You Really? One Way to Find Out

How Feminine Are You Really? One Way to Find Out 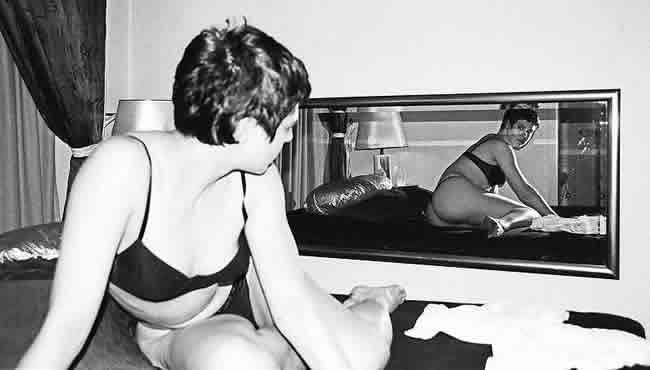 In the past, quite a few years ago, I remember the curiosity I had about my “problem” or my compulsion to crossdress in feminine pantyhose and lingerie. This was back in the days when the internet was in it’s infancy and you could actually start to find information on transvestism online.

Here was my primary self-diagnosis: transvestic fetishism, which is according to the DSM-IV (the psychologist’s bible)…

A. Over a period of at least 6 months, in a heterosexual male, recurrent, intense sexually arousing fantasies, sexual urges, or behaviors involving cross-dressing.

B. The fantasies, sexual urges, or behaviors cause clinically significant distress or impairment in social, occupational, or other important areas of functioning.

I remember feeling at ease to be able to label my condition and knowing I wasn’t the only male in the world who had their secret feminine side. Today, however, I’ve long accepted who I am as a crossdresser, transvestite, sissy boy or whatever label is out there to describe me.

These days, I really couldn’t give a shit about that label to be honest. I also don’t feel the need to see a shrink to tell me what I already know. Yet, despite this, I happened to discover a test out there in the interworld to assess gender identity, from a habitual fetish (e.g. pantyhose) all the way to transsexualism, living completely in the opposite gender.

That test is the COGIATI or Combined Gender Identity and Transsexuality Inventory. To get it out of the way, the COGIATI is not a scientifically valid test and it is even stated in a disclaimer right on their website.

The user is advised to consider the results of taking the COGIATI as a basis for self-examination and perhaps as an indication of what further investigation might be pursued. The COGIATI can not tell the user what they should do, or what they are. The COGIATI can only strongly suggest a rough category of definition to the user, as an aid to self-understanding.

Validity aside, it did strike me curious as to how I would be categorized. Really though, I wanted to take it for shits and giggles knowing I wouldn’t take whatever score I received seriously. So I took it. Twice. Plus, I took them a little over a month apart to see if I could get the same or roughly similar results again.

First of all, here is how the COGIATI is scored. There are five answers to each question (65 in total), with each answer numerically corresponding to one of five categories:

The final scoring for the 65 questions breaks down as follows:

The results are then classified below:

So on to my own results…

In the first test, I scored a 108 and the second, taken weeks later, I scored a -75 clearly putting me in the territory of “Androgyne.” Despite there being some clear reliability issues with the COGIATI (in fairness, it is stated that it is a work in progress), I am actually quite fascinated with my results.

Yes, I do hate categorizations and labels although, in this case, it feels reassuring to know that I have a strong feminine side to me that in no way I want to get rid of. More likely, though, is that this is really just a self-fulfilling prophecy. Of course the test results need to be taken with a huge grain of salt but, for the curious, the COGIATI is a way to gauge your femininity, valid or not.

Being ultimately feminine is the goal of the crossdresser, right?

5 comments on “How Feminine Are You Really? One Way to Find Out”