Home › CD Diary › Pantyhose, Crossdressing and How It All Came to Be

Pantyhose, Crossdressing and How It All Came to Be 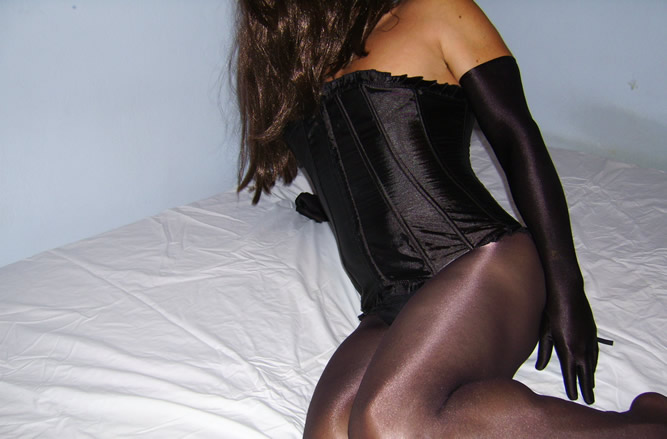 Ever think about that wacky weird path of your own crossdressing days from the very beginning up until now? While, personally, I can’t recall every single time I slipped on a pair of pantyhose and wanked in them, I can recall some of the major points through my own journey into feminine bliss (or is it abyss).

For instance, when I was in my pre-pube days, I had no clue what a crossdresser was or what the hell was going on with me. All I knew at the time was that I was harboring an arousing love of pantyhose and I was the only one in the world who had this freaky side to him.  Being a young teenager, that put me in a bit of isolation carrying around a secret that was not really understood but sucked me in with a compulsion I couldn’t resist.

Yet one day on the couch watching an episode of Cheers years back, I can vividly remember a piece of dialog that changed my whole perception of my growing fetish (also an unfamiliar word at the time)…

I’ve written up a new agreement stating that since you’ve agreed to never see my daughter again, you now have full use of the poolroom That’s funny, that looks just like my daughter’s suitcase.

You know what they say at the airport: “Many bags do look alike.”

Isn’t that her monogram: V.H.?

Uh, actually I think it used to belong to Van Halen.

You’re telling me this is your suitcase, so by extension, would this be your negligee?

All right, the secret’s out. I’m a transvestite, John.

And a size seven? A guy can dream, can’t he? Sam, you are not a transvestite.

Hey, hey, those are fighting words there Daddy? Daddy, you may as well know the truth.

That moment happened to be a turning point for me. First off, I heard an actual word that would describes my attraction for pantyhose and curiosity for lingerie… errr negligee (can you tell this was long ago). Second, this meant I couldn’t be the only one in the world who happened to be whatever this word meant.

So I immediately left my seat in front of the TV and scrambled to find my Webster dictionary to look up this “transvestite” word.

Hooray! I exclaimed to myself, I finally have a label I could call my own, yet it didn’t stop there. Naturally, out of my own curiosity, I looked up everywhere I could about transvestism and, lo and behold, I discovered crossdressing, fetishes (AKA paraphilias) and a whole range of other kinky quirks that made my own crossdressing seem normal.

Ever heard of scatophilia? You know, getting jollies out of playing around in shit. I’m not one who should criticize other fetishes, having one my own, but…

Anyway, the internet age of the 90’s came shortly after my self-discovery in encyclopedias which, I have to say, shaped my entire future and molded me into today’s Sheery. All without having (mostly without wanting) to leave my home. Oh yeah, we also had…

Pantyhose fetish websites with those images that took forever to load.

Frederick’s of Hollywood and Victoria’s Secret could now be browsed and shopped online, at the same time no less.

Crossdressers then started going online getting to express themselves, albeit rather anonymously.

Labels started getting complicated. Crossdresser, transvestite, t-somethings. Eventually you had to fall under one of these and was mocked at for not guessing the correct one. I believed I was the transdresser to get that out of the way.

And now we come to today’s age, the modern crossdresser still with a pantyhose fetish true to her heart. When I think about it, I guess the only real big change is that I am older and those images don’t take as long to download now.

6 comments on “Pantyhose, Crossdressing and How It All Came to Be”