Home › CD Diary › Hetero to Bisexual Crossdresser, How Did That Happen?

Hetero to Bisexual Crossdresser, How Did That Happen? 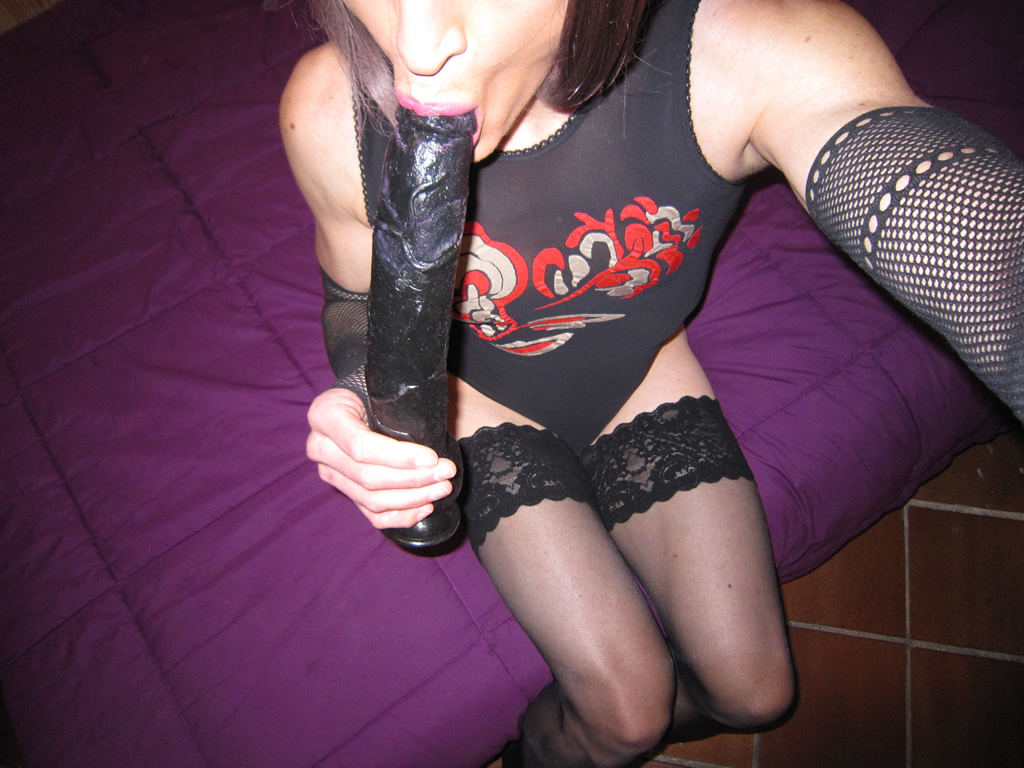 One of the reasons I enjoy writing this blog is that it serves as a diary of sorts. It is usually while slipping into my lady things and feeling the feminine vibes and then getting my inspiration into words. I also have a separate little black journal I write to although it is not quite as extensive in my (perverse) thoughts as it is here. The journal is also a lot harder to hide from people in case I’m dumb enough to leave it on the coffee table, which tends to happen on occasion.

(Note that you may have noticed a lapse in time last year. Just assume I was macho me the whole time, OK?)

Having this blog means I even like to go back and read my own writing to see what I was thinking about at some random point in time in the past, which tends to amuse me today. I ran across one entry in particular about my evolving bi-curious nature, though, which I felt the need to revisit since my sexuality has taken quite the detour from nearly ten years ago.

I asked, I received.

Admittedly, my first very non-hetero experience was more than awkward, but that is what first-times are for. After a few days to let all of the weirdness and embarrassment die down, it felt to me like a milestone in my book. No, it wasn’t the type where I checked off that “Do a M2F transvestite” task off my todo list but, instead, I thought that it was a validation of sorts of a newer me. At the time, there was a part of me that was craving cock and I no longer had my own internal conflicts about it. To be clear, too, my attraction was mainly toward other crossdressers, not men.

So the question that kept lingering after that experience was where do I go from here? Do I continue the old closet pantyboy routine or explore this new boundary-crossing, kind-of-bisexual side some more? Honestly, there really was not much of an internal debate. I liked it and I wanted more but I knew there would be no turning back. This side of me that I was just discovering was too thrilling to go back to pantyboy me anyway.

Eventually along with my sexual exploration came the “training.” I had never thought in a million years that anal intercourse was something I would be into, much less enjoy. While I wasn’t conflicted about it, it did take time for me to process it at first. Plus there was having to undo that whole “penis goes into vagina” burned into my brain throughout my life. Later I realized, as a virgin newbie would, it did kind of hurt for a couple days. The next time I go for another round of ass-smacking, I was going to be ready with a little help from my friend, the Rumpy.

We definitely got to know each other well in the process 😉

While I’m at it, you also maybe wondering about that other part, you know, um… tasting the love juice. Let’s just say it is probably not something all that tasty on the first try, most definitely an acquired taste. I would equate the ability to hold a hot milkshake in your mouth (even if before spitting out) to being the litmus test on whether you truly cross over to the other side. One way to prepare for the splash that I found useful was to masturbate, ejaculate into a shot glass and shoot it down like whiskey. Yes, really! In no time I craved a load shot into my mouth by that other lovely crossdresser.

Which now brings us to where my sexuality stands to this day and several partners later. As for labels, to be perfectly honest, I don’t know and I don’t really care either. I find it rather amusing to have to put a label on a male, dressed as a female, who is attracted to other males dressed as females or other females as well… so why even bother? I mean at one point, I was bi-curious and now maybe I’m a bisexual lesbian crossdresser not at all attracted to men… absurd for me to think about really. I’ll just settle for “not hetero” and call it a day.

The most important thing is if I am happy with where my sexuality is now. Why, yes, maybe it is a bit complex but this crossdresser could not be happier. Yet, where my path leads to in the future is totally up in the air as far as I can see. Maybe dating another crossdresser, even long term?

As I’ve learned in my journey, anything is possible.

2 comments on “Hetero to Bisexual Crossdresser, How Did That Happen?”