“Punished” in Pantyhose by Mom, Part 2 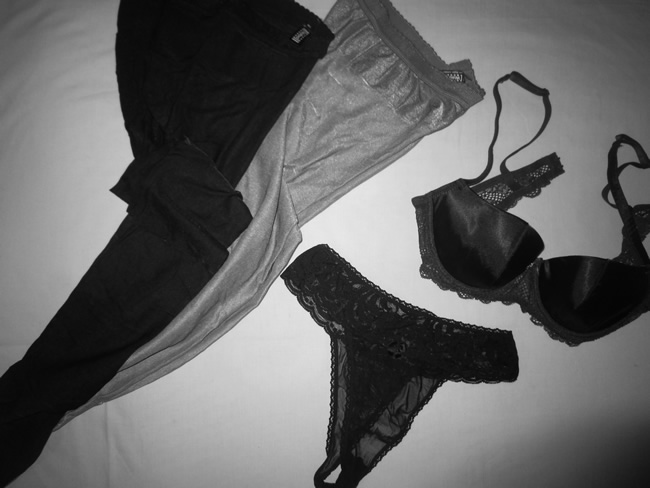 Part 2: All Dolled Up

Rob was still in deep embarrassment of having his mother walk in on what was the probably most exciting woman-to-be fantasy he had acted out yet. There he stood in with his new Wolford pantyhose gleaming over his legs, a Wonderbra fitting so perfectly giving his chest a womanly appeal and, let’s not forget, thong panties to match.

Then there was that red lipstick painted neatly over his lips as prime evidence he “borrowed” it from his mother. He knew he was at the mercy of whatever his mother’s reaction was but, when he heard her say she would take his car away, his thought quickly turned to losing his prized Christmas gift.

“We’re going to go out on a night in the town, you and me, and since you want to dress like me then you’ll go out that way too,” continued Wanda. Shaming him in public ought to teach him a lesson and will ultimately set him “straight” again, she thought to herself.

Rob, not in a position to argue with his mother, reluctantly agreed. On to get dressed up they went.

“Let me see…,” said Wanda thumbing through the dresses in her closet. Actually, since Wanda was divorced and single, her selection of attire consisted more of the type to get a man’s attention, just what she hoped for Rob. She at last found a tight red spandex mini-dress she thought perfect for making her son appear very noticeably as a womanly.

“Put this on,” she says to Rob, with a grin, who is still in his lingerie and pantyhose.

Rob had never before thought to try on his mother’s “fancy” dresses since he really only began to experiment with trying on lingerie, apart from just his usual fantasies in pantyhose. Yet, as he slipped the tight red mini-dress over his pantyhose, then his bra and over his shoulders, he couldn’t help but to feel his earlier feminine fantasy, while solo, starting to come back to him again.

He found it rather odd given the circumstances, yet he went along with his mother’s order without uttering a word.

Wanda continued the transformation of her own son finding and placing an old, but still attractive, wig to his head. Then she grabbed some matching red high heeled open-toe sandals that just barely fit Rob but nicely highlighted the toes of his Wolford pantyhose. After, she removed his earlier smudged lipstick application and meticulously repainted his face to complete the look of an actually very convincing teenage girl.

After all, Wanda wanted every guy within view hitting on her son. Aside from public embarrassment, having to fend off dirtbags, that routinely harass her on a daily basis, would teach him another lesson. This, unfortunately, was just another one of her ancient remedies from the days of washing out your mouth for saying a bad word.

Little did she know she had a crossdresser in the making standing right before her as Rob stood in front the large mirror yet again admiring his now very womanly self. The curves in his dress helped by the Wonderbra, the black high heels highlighting his long pantyhosed legs. And there was that perfectly applied makeup by mom that made him convinced for the first time that he could pass for a girl.

As quickly as Rob started to fall in love with himself, he realized the other part of the bargain with his mother: having to go out with her, in public view. This put him in a state of panic. What will people think of him? Will he run into any friends or people he knows? Will he be made fun of for the rest of his life?

Wanda got dressed herself in a more conservative look, that is, a similar tight dress in black and with a hem line slightly lower than Rob’s. She “borrowed” and ripped open Rob’s other pair of black Wolfords (without asking) and quickly slipped them over her legs (obviously an attempt to not allow Rob to outdo her with his sexy legs) . Then she found some black high heeled stilettos to complete her own look.

“Time to go,” she says to Rob as he reluctantly followed her out the door, still without saying a word and the fear of being “discovered” dreadfully occupying his head. They then drove down to the first stop in Wanda’s “plan:” her local dive bar, The Horseshoe. They arrived and made their way in, Rob trailing behind.

It was crowded in the bar at the time as Wanda, with Rob nervously in hand, wandered among the crowd of people who all knew her but were wondering who the attractive young woman was with her.

“Oh, this is my son Rob. He wants to play dress up today,” Wanda said loudly making sure as many people heard as possible. This paralyzed Rob into complete silence, putting him into an embarrassment that far outdid his mother catching him in her bedroom a bit earlier.

Yet the reaction of Wanda’s acquaintances was unexpectedly, at least to Wanda, of curiosity rather than disgust. This beautiful girl is actually her son? He must be practicing to be some kind of actor or something. Why else would a mother take his son out to a bar completely dressed as a woman who arguably looks far better?

Unbeknownst to Wanda, intentionally trying to humiliate her son, Rob took notice of the curious vibe of the people surrounding him which quickly eliminated his fear. He then gathered the best girl voice he could muster and confidently said hello in a rather high pitched tone to everyone around him.

Rob, however, didn’t realize his mother had just left him alone to talk to another friend at the bar, also intentional on her part. Or in other words, another part of her plan for the evening: let her son fend for himself, in a bar and in drag (that ought to teach him).

He was too busy, though, chatting with a rather young attractive woman he had just met who was curious about his transformation to a woman. Strangely, not curious as to why but how he was able to do this and look so spectacular. Rob cooly played to her curiosity by saying it was a social experiment for a psychology class. He then goes on about his each article of clothing he is wearing, from the Wolford pantyhose to the Wonderbra.

Rob seemed to have girl chat nailed down rather quickly. Not bad for a guy.

Then, suddenly, this young woman, Renee, cuts off Rob at mid-sentence, grabs his hand and heads for the bathroom. The women’s bathroom. Rob excitedly follows her inside without even a second thought. To him, it’s as if he was given a pass inside an exclusive club full of women, albeit ones that just needed to urinate.

Renee didn’t waste time in pulling Rob into a stall then grabbing his head into a passionate kiss with one hand. The other hand reached down to pull up his red dress at the waist and caress the pantyhose covering his ass. She couldn’t help but to grab it after.

“Your tights look so hot on you,” Renee says taking a moment away from the passionate kissing but returning to it again. Her hand then switched from his ass to caressing his instant hard-on jutting out from the front of his Wolfords. Rob, savoring the moment and still in the passionate kiss, reaches down for the pantyhose covering Renee’s ass and grabs it, with the silky feel making him even harder.

Renee suddenly stops kissing Rob, drops to her knees in front of him and, instead of pulling his pantyhose down, begins to slowly lick his joy rod but right through the Wolfords covering it.

Rob couldn’t believe what was happening to him as he started to moan lightly… in his girlish voice.

6 comments on ““Punished” in Pantyhose by Mom, Part 2”