Ok, A Little Bit About Me Before We Go Forward 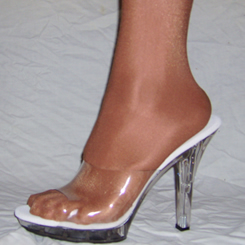 In case you haven’t guessed already, I get my jollys off of slipping on pantyhose and lingerie. Aw, hell, I go all out with makeup, wigs, heels, the whole bit. Nothing too suprising.

But apparently you must too if you’re sitting there reading this. Great! Nice to meet other crossdressers, tv’s, tgirls or just that girly boy with a pair of hose waiting for him underneath his pillow.

By fifteen, my inner Sheery really came through and I actually bought my first camisole and panty set from JC Penney (I know, don’t laugh) which was the most nerve wracking, yet insanely exciting, experience I had ever had. I threw in some of the “premium” Hanes pantyhose while I was at it because, hey, if you are going to appear like a teeny bopper CD, then you might as well do it right.

Then came the best part later that evening. Putting on the pantyhose (no tighty whities on this time) then slipping on that turquoise camisole and panties. The climax I had shortly after was no where near the ones I would have with intercourse in my later years. Not that the future intercourse was average but I think I came on the ceiling that night.

From then on, I’ve never looked back.

END_OF_DOCUMENT_TOKEN_TO_BE_REPLACED

Tagged with: about sheery, in the closet
Posted in CD Diary

Welcome To The Confessions! 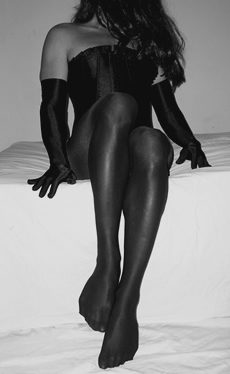 Me and my black Danskins

Hello and thanks for paying a visit to the Confessions!

As for me, I’m Sheery, a still-in-the-closet crossdresser who is tired of keeping this life long secret forever. What’s the fun in that? Despite my extreme timidness of exposing my alter ego, I’ve slowly been trying to incorporate my feminine ass into the world we like to refer as transgenedered.

Long story short, I’ve been a crossdresser for, oh, as long as I can remember. I guess you can say I’ve progressed from just slipping on a pair of hose to trying out a bra with it to now going the full cover of a women. And loving it too!

So now, I find there is a whole world out there of sexy crossdressers and TV’s that I want to reach out to, not to mention, maybe one day give in to my “lesbian” side and explore the boundaries of my femininity that’s never before been crossed.